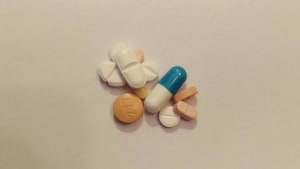 Pharmacies in Florida and throughout the United States are taking Zantac, manufactured by the pharmaceutical company Sanofi, and similar heartburn medications, off their shelves after low levels of cancer-causing chemicals were identified. The FDA is currently investigating these heartburn medications containing ranitidine. Major drug store chains, including CVS and Walgreens, have stopped selling these drugs to protect customers from consuming carcinogen N-nitrosodimethylamine (NDMA), which could cause cancer.

Zantac and other generic heartburn medications that contain ranitidine may have been contaminated with nitrosamine impurity NDMA. Laboratory tests have confirmed that NDMA is a probable human carcinogen. The environmental contaminant is sometimes found at very low levels in meats, dairy products, vegetables, and even water. When the chemical reactions used to manufacture ranitidine are not controlled, NDMA can form.

As of October 28, 2019, the U.S. Food and Drug Administration has reported three voluntary recalls of ranitidine.

Consumers taking OTC (over the counter) ranitidine, which is used to prevent and relieve heartburn, should consider using other OTC products approved for their condition. FDA’s testing of other heartburn medications including Pepcid (famotidine), Tagamet (cimetidine), Nexium (esomeprazole), Prevacid (lansoprazole), and Prilosec (omeprazole) show no NDMA in these medicines.

Ranitidine is a common prescription and OTC medication that is used to treat heartburn and acid indigestion, ulcers, and gastroesophageal reflux disease. This histamine-2 blocker is best known under the brand name Zantac, however a larger number of generic versions exist.

The scientific and medical communities say there is no debate that NDMA is a substance that causes cancer in humans and animals. This was first discovered in the 1970s, and prolonged exposure to NDMA can lead to various cancers, including liver, gastric, kidney, and colorectal. In addition to causing cancer, NDMA at very high levels can actually function as a poison. In several reported cases, a high-dose ingestion of NDMA has resulted in liver damage, internal bleeding, and death. Animal testing of ingestion of moderate to high amounts of NDMA in water or food can cause damage to the liver in as little as a few weeks.

Zantac is a drug that has been used by hundreds of millions of people worldwide on a regular daily basis. The fact that NDMA is in Zantac means that many people have unknowingly ingested a toxic carcinogen. What is even worse is that the drug companies that manufactured and sold Zantac knew or should have known that the users of this product would be exposed to unsafe levels of NDMA. Sanofi and generic Zantac manufacturers are now facing liability from potentially hundreds of thousands of Zantac users. The first Zantac class action lawsuit was filed against Sanofi last month in a Federal Court in California. That lawsuit (Garza v. Sanofi-Aventis U.S.) will just be the first of hundreds, possibly thousands of Zantac lawsuits to be filed over the next few years.

Anyone who regularly used Zantac for a prolonged period of time and has since been diagnosed with cancer can file a claim. Any Zantac users that have suffered acute damage to their liver can also file suit. The following cancers are known to be caused by NDMA exposure:

While news of using Zantac may lead to cancer is shocking and scary, experts have offered the following tips if you wish to avoid drugs to eliminate heartburn:

If you happen to be one of the millions of people who used Zantac for heartburn or acid reflux, then you may have suffered injuries from prolonged exposure to NDMA. Over the next few years, thousands of Zantac lawsuits will be filed, and a Zantac MDL class action lawsuit will soon be formed. If you believe you have developed cancer or suffered liver damage by using Zantac, please contact our Florida Zantac Lawsuit Attorneys at Whittel & Melton today. We can launch an immediate investigation into your claim and determine if you have a viable claim. We urge you to call us today at 866-608-5529 for a free consultation.

We have several consultation offices throughout the state of Florida and routinely handle cases in Florida state and federal court.