We are taking the threat of COVID-19 very seriously. Click here to find out what our firm is doing.
Individual Strategies - Relentless ProtectionDecades of Experience Handling Florida
Personal Injury and Wrongful Death Claims
Contact Us for a Free Consultation
Home
Practice Areas
DUI Defense 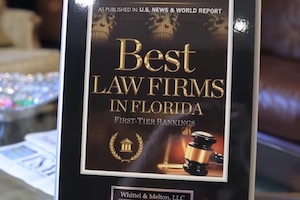 If you have hired an attorney who is either incapable or unwilling to try your DUI case, we will defend you and enforce your right to trial by a jury of your peers. There is always another option. Call now for a free consultation. Do not settle for inexperience or lack of courage.

Accusations of DUI, DWI, Drunk Driving, OUI – whatever you want to call it, they are serious, scandalous, dangerous and require experienced lawyers who are on your side to challenge each and every aspect of the government’s case against you or your loved one.

DUI cases, unlike other criminal charges, are extremely unique under Florida law. You need experienced and trained Florida DUI lawyers who, like many of the lawyers at Whittel & Melton, formerly prosecuted and defended the very same charges at the busiest jurisdictions in the State of Florida.

Florida DUI Attorneys at Whittel & Melton are ready to assist you or your loved wherever and whenever you contact us. YES, it is imperative that you contact us within the first ten (10) days of your arrest, but if you are reviewing this webpage after 10 days, do not delay, contact our firm immediately - there is still important work to do! 866-608-5529.

Your Florida DUI Defense will comprise of three levels of defense.

2) Our Florida DUI Attorneys will gather and investigate all information, discovery and evidence involved in your case with an eye towards any and all Pre-Trial Motions to Suppress, Dismiss, Exclude, etc.

How Much Does It Cost to Hire a Florida DUI Lawyer?

It depends on many factors. Here is a list of things a Florida DUI Attorney considers when creating a price for representation:

Traditionally many DUIs can be handled throughout the State of Florida for $4,000 to $7,500. Obviously, based on the above some cases can be more than 10 times that figure and can involve many different expert witnesses which are also expensive and would be the sole responsibility of the client, and not a part of the legal fee.

Be sure to also discuss the legal fee with your lawyer and go over the costs of experts and specifically any fees for trial or appeal.

Should I Hire a Lawyer for a DUI?

Despite the fact that DUI arrests produce what looks like a Florida traffic citation, a Florida DUI criminal traffic charge can be one of the most complex crimes in Florida and absolutely requires a trained and experienced Florida DUI Attorney to defend. Precious few crimes in Florida combine the use of science, traditional police work, disappearing and preservation of evidence and commonality of experience like a DUI. Unlike most crimes, it is not uncommon that an entire jury in a DUI trial has some kind of personal experience with the charge or consequences of a DUI arrest and/or conviction. This is one of those crimes where everyone will likely have a well-founded opinion.

What Kind of Lawyer do I Need for a DUI?

You need a criminal defense law firm that has significant experience with DUI. Significant DUI experience should include many trials in many different jurisdictions. These trials should include the use of a privately retained expert. Experts could have been used to examine and testify regarding the Breath technology and its application and use to a DUI arrest, Blood testing, Urine testing, Drug recognition and testing, Police conduct, Roadside(Field Sobriety Exercises) or examinations – any and all of the areas involved in a DUI arrest must be inspected and tested. For a free Florida DUI consultation, contact Whittel & Melton today at 866-608-5529.

Can I Still be a Lawyer After Getting a DUI? 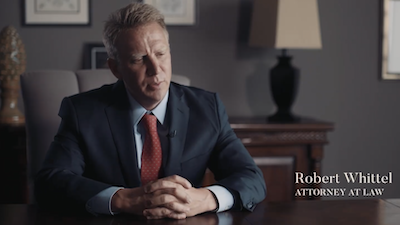 The Florida DUI Attorneys at Whittel & Melton worked hard and have years of experience in all corners of the State representing those charged with the crime of DUI. As a general rule, the practice of law has never been disallowed for anyone with a past DUI conviction. Certainly, getting a DUI while practicing law presents its challenges, but simply does a past DUI change your chances of being a lawyer, NO, it simply creates a small hurdle in your way. Truth is, the State of Florida has practicing lawyers who have been to prison for far worse criminal allegations and convictions. You should speak with a Florida licensing attorney for a full answer, but the general rule of thumb when applying is that the Florida Bar is most likely concerned with your truthfulness about your past, not the actual details or criminal allegations of your past.

In short, YES. It happens every day. People are commonly stopped in parking lots of bars, restaurants, night clubs etc. which are all private property, for operating a motor vehicle while allegedly impaired. Many prosecutors also apply a doctrine of ingress and egress in that any property that attaches to or from a road in Florida they believe they have jurisdiction to investigate and charge a DUI. There have been cases involving sovereign jurisdictions, like Indian reservations, which run counter to this position, but that is the general rule.

Can You get a DUI in Your Driveway?

In short, Yes. As discussed above regarding parking lots, because the State of Florida believes a driveway or a parking lot are an ingress and/or egress to a Florida road, it would not pose a jurisdictional issue for a DUI arrest. There are however other legal issues that can be raised when an arrest occurs on the private property of the defendant, as opposed to any driveway.

Can They Prove DUI After the Fact?

Yes, of course the State can prove a DUI charge “after the fact”. Many arrests are made hours, days, weeks even months later. Not all evidence is available for law enforcement at the moment they get involved. Consequently, arrests are commonly made after the alleged crime was committed in a DUI allegation.

Can I Get a DUI if I Was Not Driving? 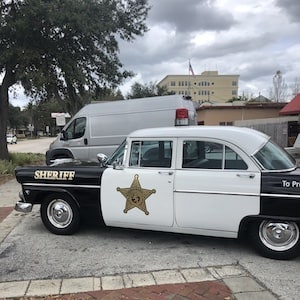 Yes, what is commonly referred to as “Actual Physical Control”, the police have effectively argued an ability to charge an individual who is in actual physical control of a motor vehicle, while impaired, despite the car being in park, brakes applied, occupant asleep etc.

Can I Get a DUI on a Bicycle or Pedal Bike? Golf Cart or Motorized Wheelchair?

Unfortunately, there is a basis for these listed arrests in Florida. Each case must be viewed on a case by case basis, but there have been many allegations for DUI on a variety of vehicles and other devices. Florida continues to change and so does the tactics of law enforcement. Call us today for your DUI arrest in Miami, Fort Lauderdale, Boca Raton, West Palm Beach, Orlando, Tampa, St Petersburg, The Villages, Sarasota, Naples, Ocala, Gainesville or Jacksonville. 866-608-5529 Toll-Free