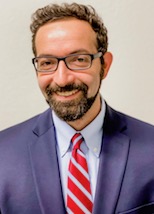 Prior to joining Whittel & Melton, Mr. Sheslow served as an Assistant Public Defender in Manatee County, Florida. Mr. Sheslow accumulated an impressive trial record while with the Public Defender’s Office. He was quickly promoted from a Misdemeanor to Felony case load in less than 10 months. Mr. Sheslow has tried over 20 cases ranging from DUIs and Domestic Batteries to life felonies. He has earned acquittals in serious cases such as firearms offenses and sex offenses.

Additionally, Mr. Sheslow completed the National Criminal Defense Lawyers College held at Mercer College of Law in Macon, Georgia, where he learned from the best trial attorneys in the country.

During law school, Mr. Sheslow gained experience on the prosecution side with the Los Angeles District Attorney’s Office.  Further, Mr. Sheslow was recognized as an outstanding advocate as a member of the Law School’s Moot Court Board. Mr. Sheslow competed on the Moot Court Board’s National Team where he argued at the Ninth Circuit Court of Appeals in San Francisco, CA.

Before law school, Mr. Sheslow worked on Capitol Hill, in the United States Senate. He was recognized on the UC Berkeley Dean’s List receiving awards for his writing, and graduating with Highest Honors and Highest Distinction.